The Kingdom Of Majapahit 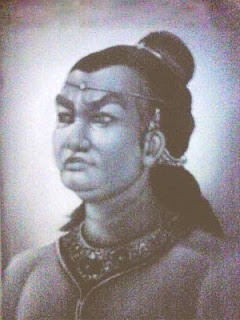 The kingdom of Majapahit in which located in Java was at its peak in the 12- 13th century. Hayam Wuruk who was famous as wise king in Majapahit. He was intelligent, kind, young, and brave. He had a prime minister whose name as Gajah Mada. Under the controlled by Hayam Wuruk, Majapahit was very prosperous in Indonesia.
the palace of Majapahit was so big and luxurious. And instead of the palacethere was aspecial building which called as ‘Gedong Pusaka’. It was a precisely luxurious warehouse  which to store all the treasure of Majapahit. The building was thigh guarded. Soldier was everywhere and neverlet anyone came in to Gedong Pusaka.

One day, the situation was different, the temperature which warm as usual to cool. It was so rare in Majapahit. People of Majapahit believe in that there would be a great event came to the palace.
King Hayam Wuruk called Gajah Mada immediately. They had a general discussion, and called the chief of army to come. The king told to the army that they were in alert. Soon they give a warning to all the soldier that they must keep eyes opened. Soldier were guarded doubled.
But someday in night to dawn something happened, a group of soldier saw the door of Gedong Pusaka opened. When they came to check the collections was missing.They reported it to Gajah. Mada.
Gajah Mada ordered the commander of the guard must arrested just because of the moment. But the commander refused that someone else did the wrong doing. The King was just silent when Gajah Mada reported.
In different night when the sky was clear and temperature was warm, the soldier saw someone ran very fast near gate of Gedong Pusaka. They chased him, but they could not catch him. They just saw he ran toward the king’s compound.
Along time after those moment happened the new era had come to Kingdom Of Majapahit.
In 1522 Majapahit no longer as kingdom, but only a city. It is just because of the collapse of the Majpahit kingdom by the more widespread the influence of a small kingdom of Demak in the north coast of Java. Government in Java had been switched to Demak under the rule of Duke Unus, son of Raden Patah, founder of the kingdom of Demak, which still descendants Bhre Kertabhumi.
He destroyed the Majapahit because his grandmother wanted to avenge the hurt, defeated king Girindrawarddhana Dyah Ranawijaya. So then in 1478 crushed the kingdom of Majapahit as a ruler of the archipelago and turned its status as king conquered areas of Demak. Also ended the series mastery Hindu kings in East of Java.
Ironically, family disputes and ongoing grudge led to the collapse of this kingdom, not caused by the invasion of other nations who occupied the island of Java.